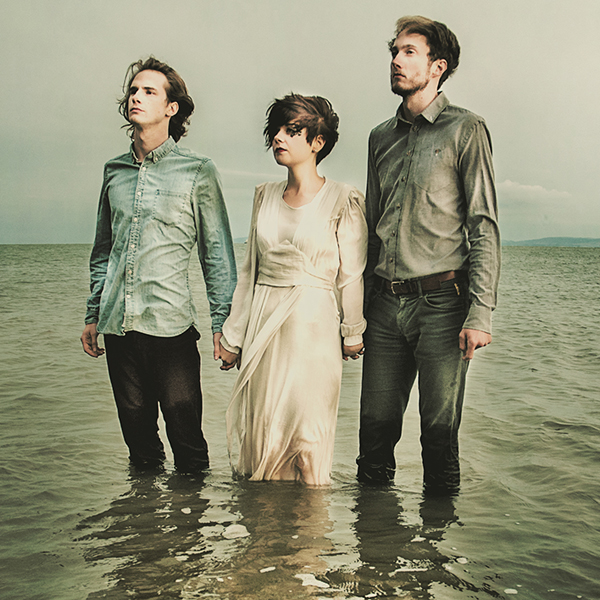 Part dream pop, part freak folk, the band move effortlessly between the still spaces of the acoustic vernacular to find room for their homespun electronics.

Together, Rebecca Palin, Tim McIver and Jack McCarthy emerged from the ashes of Tim and Sam’s Tim and the Sam Band to create stirring, cinematic songs with lush harmonies and ethereal melodies.

Fresh off the plane from the US for a slot at South by South West, we caught up with Tim to find out about his love of Pingu and his firm links to great outdoors…

We first started writing music because…
I've been surrounded by music all my life, mainly thanks to older brothers and sisters. They often had music playing, from The Cure and My Bloody Valentine to Nancy Sinatra and Kraftwerk. I always enjoyed listening to it, and then when I was eight I convinced my brother to teach me the Pingu theme tune on the guitar. I was completely hooked after that, and I'm still endlessly fascinated by the instrument. It seemed a natural progression for me to start writing my own music, and have been doing so since my early teens.

Our music is…
Inspired by our surroundings in north Wales. Ancient Blue examines the relationship between human forces (raw human emotions) and natural forces (the elements, the sea, the sun, the workings of Mother Nature).

You'll like our music if you listen to...
Low, Dead Can Dance, Cocteau Twins, Bjork.

Our favourite venue is…
The Bridgewater Hall. Everything I've ever seen there has been incredible - the acoustics are perfect. The best venue we've played is probably The Union Chapel in London.

Music is important because…
It has the ability to create many different emotions and responses. It is universally enjoyed, by both individuals and groups.

Our biggest inspiration is…
The great outdoors and all that Mother Nature has to offer.

Our dream collaboration would be…
We'd love to work with an orchestra and a choir.

To try us out, listen to our song…
Breathe In.

If we weren’t making music we’d be…
Running our own recording studio full time.

In 10 years’ time we want to be
Collaborating with the Halle Orchestra at The Bridgewater Hall!