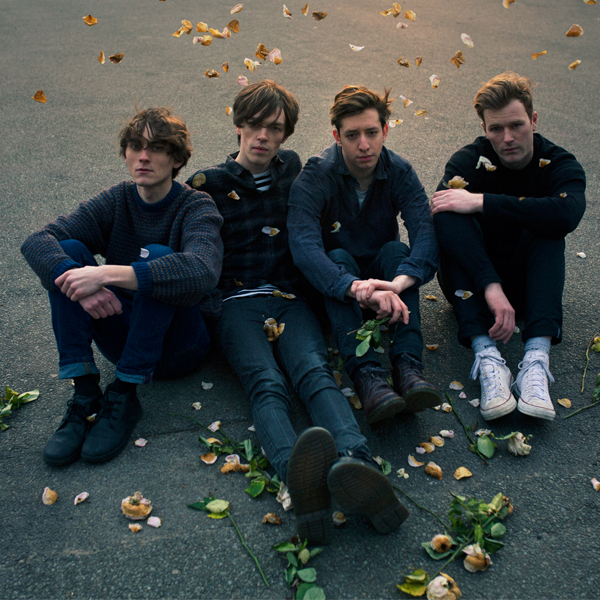 London guitar quartet Gengahr are taking on 2015 with a glut of great tunes and ace live outings. New debut LP A Dream Outside should ensure they slip from being ones-to-watch to real stars…

Hailing from Walthamstowe and Stoke Newington, guitar toting foursome Gengahr have enjoyed a stellar 18 months with their musical career taking off in very much an upward trajectory.

Debut single Powder earned support from Huw Stephens, NME, playlists at BBC 6Music and XFM, as well as hitting the blog-aggregating Hype Machine charts. Such a furore among tastemakers landed them support slots with the likes of fellow underground heroes Wolf Alice and Superfood.

Since then, their woozy, harmony driven indie rock has been picked by Transgressive Records and seen them head to the studio with producer James Bragg. The result is their debut album, A Dream Outside, and if the reactions to taster singles, She’s a Witch and Heroine, are anything to go by, the record she should see them move from being ones-to-watch to proper stars.

We first started writing music because…
We weren't good enough to play other people’s songs.

We have been making music since…
As Gengahr for almost two years but I started writing songs when I was 13 or 14.

Our music is…
The result of four guys spending a lot of time in one room together.

Our favourite venue is…
The Waiting Room in Stoke Newington!

Music is important because…
It's good for your soul.

Our biggest inspiration is…
Our desire to better ourselves.

Our dream collaboration would be…
David Bowie or Television, I'd take either.

To try us out, listen to my song…
She's A Witch. The video is pretty rad too.

If we weren’t making music we’d be…
Lost in the world.

In 10 years’ time we want to be…
Happy with our choices and proud of our work.