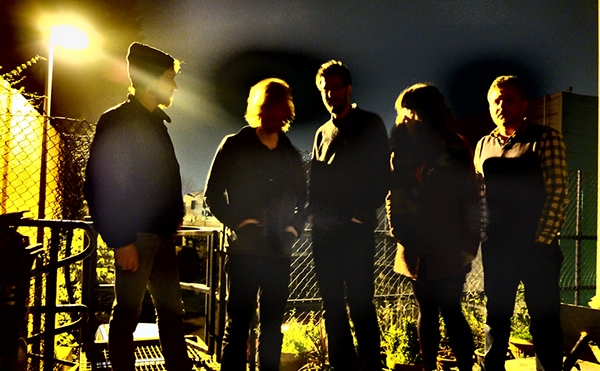 Firestations have only been stoking the flames of scuzzy indie-pop for the past two years, but their combined arsenal spans members of Astronauts, Dark Captain and Left With Pictures...

Although Firestations have only been stoking the flames of scuzzy indie-pop for the past two years, their combined arsenal spans members of Astronauts, Dark Captain, Quickspace and Left With Pictures.

Coming together as a fivepiece back in 2012 has brought the benefits of varied instrumentation, rich musical flavours and masterful pop hooks. From the flugelhorn to clarinet, flute to the requisite drums-bass-guitar, instruments vie for airtime in Firestations’ melodic soundscapes, while boy-girl vocals gently harmonise over the top.

Their debut album Never Closer, released through Waltz Time Records on 24 November, expertly combines cyclical rhythm with a songwriting nous that echoes the kitchen sink drama of Veronica Falls or Belle and Sebastian.

The dreamy set has so far won them fans in high places, with Sophie Ellis-Bextor pledging her love alongside The Skinny, DIY and The Sound of Confusion blogspots.

We spent 30 seconds with the band to hear about their love of dinky indie venues and their musical influences, which cover everything from Fela Kuti to Stereolab.

We first started writing music because...
It's a great way of avoiding responsibility, and a good excuse for being self-indulgent.

We have been making music since...
We were quite young – always been obsessed with it - but around two years as Firestations.

Our music is...
Pretty varied. We've grown up in an age of amazing musical accessibility and this has helped to take us off on weird tangents. Some songs come from an alt-folk place, others are scuzzy indie-pop, and some are quite psychey. We've always enjoyed albums that take you on a journey, but stay coherent(ish).

You'll like us if you listen to...
Veronica Falls, Pentangle, Sparklehorse, American Analog Set, Yo La Tengo, Stereolab.

Our favourite venue is...
Right now, a lot of good venues seem to be closing or under threat. Mainly, it seems, because people pay ridiculous amounts of money to move into an area and then want it to be all clean and quiet (and really boring!). It's a real shame about what's happening to the Buffalo Bar in Islington at the moment – a great venue with an amazing history that will probably become a bloody wine bar. Support your local indie club, kids!

Music is important because...
It's primal - it has the power to bring people together.

Our biggest inspiration is...
All the DIY musicians, bands, venues and promoters that do music for the sheer joy of it. That's what it's all about.

Our dream collaboration would be...
With Fela Kuti's Afrika ‘70 Band. It would be amazing to go back in time and jam with them.

To try us out, listen to our song...
Forgetful Man, and if you like that try our album Never Closer.

If we weren't making music we'd be...
Really bored, probably eating some crisps.

In 10 years’ time we want to be...
Living on Mars and playing songs to aliens in biodomes.