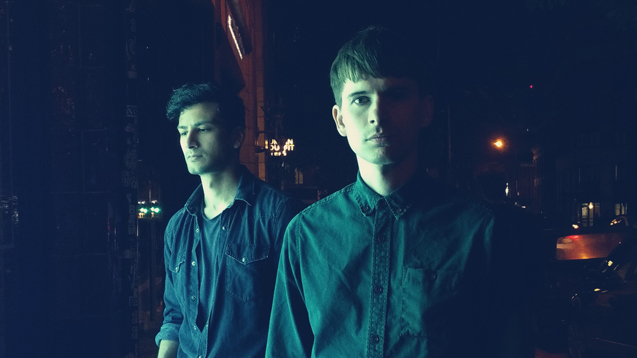 Eighties sci-fi soundtracks are at the heart of Empathy Test, a duo creating robotic dreams between humans and technology. Listen to double A-side single Demons/Seeing Stars…

Taking their name from Ridley Scott’s Blade Runner, the pair’s music is also based on a mutual love for underground bleeps and nineties guitar acts with echoes of the likes of CHVRCHES and M83.

Their new double A-Side Demons/Seeing Stars is the perfect introduction, tipped by the likes of BBC Introducing and Clash Music, both tracks explore the relationship between humans and technology.

Outside the studio, Empathy Test’s live shows have gone down a storm on festivals around Europe with their mix of analogue crunks and more accessible pop beats. A new album should be unveiled around the same time they take on Europe on tour in October. Enter their world now…

We first started writing music because…
It's the ultimate form of expression.

We have been making music since…
Our early teens. We released our first track as Empathy Test in 2014.

Our music is…
The soundtrack to a late night cruise through Los Angeles, 2019 (sci-fi geek reference).

You'll like our music if you listen to...
Anything with synthesisers.

Music is important because…
It creates empathy.

Our biggest inspiration is…
Inebriated conversations at 5am.

Our dream collaboration would be…
Robert Smith (Isaac) and John Williams (Adam).

To try us out, listen to our song…
Demons. It's our new single.

If we weren’t making music we’d be…
Getting drunk.