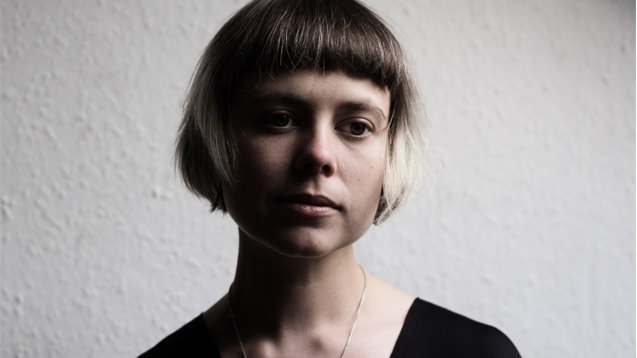 Elle Mary & The Bad Men is a Welsh singer, made in Manchester and spinner of musical folk noir. Get to know her slowcore in our 30 seconds…

Elle Mary & The Bad Men is a Welsh singer, made in Manchester and spinner of musical folk noir.

Birthed after a breakup, Elle used her relationship troubles to reinvent her folk music, switching to electric and a more stark and spacial sound.

Pretend is her latest release, a striking, yet dreamy track exposing her inner emotional core and comes accompanied by beautiful black and white visuals in which Elle shaves her hair off.

Having played with the likes of La Luz and Low, Elle rubs the emotional honesty of these outfits into her own music. Watch the video below and get to know Elle’s musical noir below…

What was the first song you developed an obsession for?
As a child I had an infatuation with a Motown song Rose For My Rose by Marv Johnson. I had it on cassette. I'd listen to that and Frankie Valley & The Four Seasons repeatedly.

What’s the first gig you went to?
The first gig I went to was my brother's band, Candy Fan a grunge three piece. They were legendary in the school.

What’s the first instrument you ever got hold of?
I had a few piano lessons when I was about six but I never learned to read properly. I would just copy the teacher and use muscle memory. My interest wained. My first instrument that I still pick up now and again though is the flute.

What is your worst musical habit?
Not remembering which fret I put the capo on for a song and startling my bass player at gigs who just has to follow my lead.

What’s the best piece of musical advice you’ve ever been given?
Learn pentatonic scales. Also a prepared guitar workshop I attended run by Ex-Easter Island Head, it gave me some real confidence in just experimenting and seeing what things sound like.

Where do you discover new music?
I really enjoy 'bandcamping'. Just search a genre and see where it takes you. You can find some real gems on Bandcamp.

What’s your favourite venue?
We recently played Band On The Wall, opening for The Travelling Band, the sound system is incredible. I also love Strange Brew in Chorlton. It's small and people have to walk past you while you play to go the toilet but it feels like home so we relax and have played some of our best shows there.

Who is your current favourite band/artist?
Big Thief are my favourite at the moment. Beautiful songs and rich guitar sounds.

What inspirations outside of music impact your songwriting?
Life itself, thought processes, looking for new perspectives.

What track of yours best represents your sound?
We try to bring something different to each song so it's hard to say which is the most representative.

What’s next for you?
We have a few tracks to release and gigs to play before the album comes out in October. We'll be touring Italy in November with our sister label A Modest Proposal.

Watch the video to Pretend below.