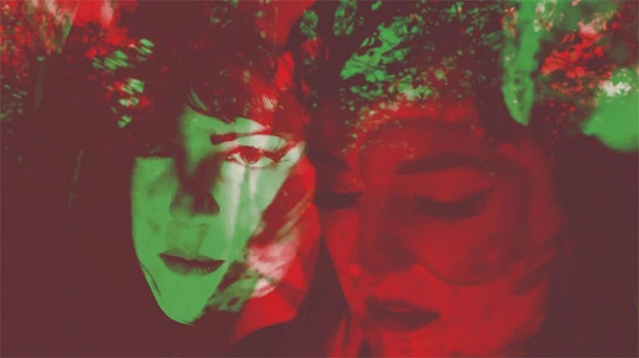 Documenta are a cosmic drone-pop septet from Belfast who count David Holmes and The Charlatans' Tim Burgess among their fans. Tune into the psychic shoegaze of their new release ...

Documenta are a cosmic drone-pop septet from Belfast who’re as inspired by Detroit’s hit factory as they are the murky guitar minimalism of early eighties Britain.

Since their inception in 2009, they’ve produced two otherworldly albums – Drone Pop #1 and Drone Pop #2, exploring their mutual interests of astronomy, melody and noise.

They’ve since supported Brian Jonestown Massacre and played Liverpool Sound City, and are now gearing up for a show on the Tim Burgess-curated Tim Peaks Diner at Electric Fields Festival.

Earlier this week the band shared an extended version of their cracking David Holmes-produced track Love As a Ghost, ahead of its full release on 22 July.

Clocking in at nearly seven minutes, it’s an epic slice of shoegaze-era dream-pop. Tune in below.

We first started making music because…

I wanted to express myself, entertain folks and it’s the best fun playing music and making sounds with friends.

We have been making music since…

The first Documenta show was July 2009.

Our favourite venue is…

It used to be a joint in Belfast called The Menagerie which has now sadly closed down. But we’ve been lucky enough to play in some dramatic places, like The Titanic Dry Dock in Belfast. We’re quite excited about playing Tim Peaks Diner at Electric Fields in Scotland, it looks stunning.

Music is important because…

It’s one of the most universal and beautiful ways of conveying complex emotions. It can also make you head-bang or do the Watusi.

Our biggest inspiration is…

The creative process, Can and Spacemen 3.

Our dream collaboration would be…

To try us out, listen to our song…

Chiaroscuro, one of our more mellow songs.

If we weren’t making music we’d be…

I’d be bored, freaked out and at a loose end. Idle hands and all that jazz.