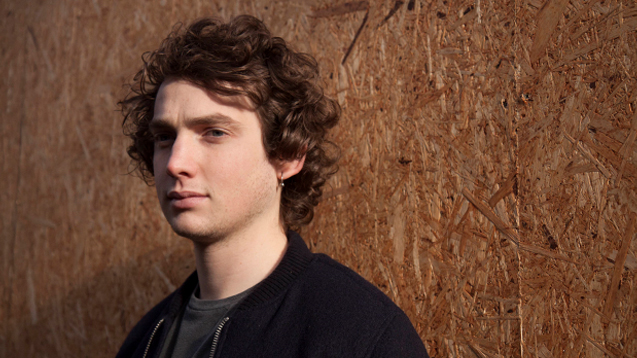 New Shrewsbury bluesy artist Dan Owen has come a long way on the strength of some great songs and a striking voice. We tune into him for 30 seconds ahead of a promising year…

With a new tour and releases lined up to catapult him into more mainstream ears, Dan, his ace voice and heartfelt tunes are deservedly eyeing up a move into the big league over the next 12 months.

His break came during a hometown jam session where an acquaintance decided to post a video of Dan performing Bob Dylan’s The Ballad of Hollis Brown to Reddit. The video went viral and, many thousands of views later, eventually led to a deal with Atlantic Records.

But the success hasn’t stopped there, with momentum building from love for his latest single Made to Love You, released towards the end of last year, clocking up over half a million plays on Spotify, topping the Viral Chart in Belgium, entering at number two in France and charting in the Netherlands, Hungary, Turkey and Indonesia.

Now with a new tour just announced, Dan is looking at 2017 as the year he goes stellar. Get to know him and his amazing voice a little better in our 30 seconds interview before everyone else does…

I first started writing music because…
I never kept a diary so writing songs was my way of marking down memories.

I have been making music since…
I was nine years old when I first started getting guitar lessons. I have never been able to stop since.

My music is…
Loud and emotional.

You'll like my music if you listen to...
Hozier, James Bay, George Ezra, Adele, Bruce Springsteen.

My favourite venue is…
Either the Konzerthaus in Vienna or a small pub in Cornwall called the Star Inn which is the first place I ever sang. Very different, both great.

Music is important because…
It helps people feel.

My biggest inspiration is…
Seeing performers play in front of huge crowds.

My dream collaboration would be…
Etta James? More realistically, it would be great to do a song with Billie Marten.

To try me out, listen to my song…
Made to Love You.

If I wasn’t making music I’d be…
Making windows and doors in a carpentry workshop out in Shropshire.

In 10 years’ time I want to be...
Able to travel anywhere in the world to play gigs. And people will show up!

Visit danowenmusic.com to find out more and get tickets to his upcoming tour.

Listen to Made to Love You below.