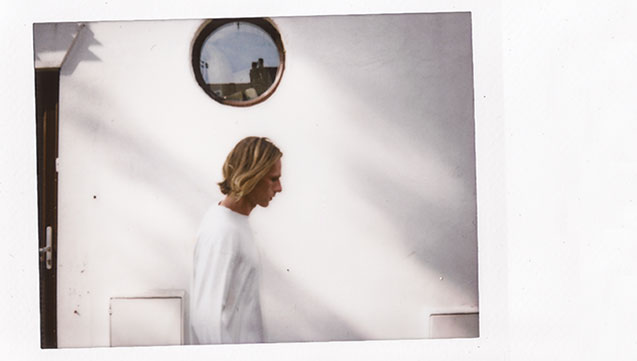 To step into the woozy world of instrumentalist and songwriter Chelou is to wrap your ears in finest feather down and acoustic dreaminess. Dip into his new vid here...

To step into the woozy world of instrumentalist and songwriter Chelou is to wrap your ears in finest feather down and acoustic dreaminess.

Combining elements of both folk and electronica, his blissed out sound forges new links between organic and electric.

After a couple of years working just below the radar, the introverted soloist embarks on a mammoth 18-date tour on 5 October, which will take him from Budapest to Bristol.

Ahead of the tour, he drops his ace new video for current track Damned Eye See on 18 September, and plays on Bestival’s Invaders of the Future stage this weekend.

Hard to pick one song. I basically only listened to Nirvana and Led Zeppelin from about 10 to 15 years old.

I've got a vague memories wondering around WOMAD festival when I was like three.

I used to sing a lot in school plays and things. After discovering guitar nothing else really mattered.

Getting taught how to breathe by my vocal couch Rachel.

I'll get shown a new artist/album by a friend and obsess over it for a few months until I'm shown another!

Mountain Stage at the Green Man Festival (if that counts as a venue) or the original 12 Bar in Denmark Street, before it got relocated.

I'm in love with Big Thief at the moment. Seeing them live was a highlight of the year!

My actions and relationships with people and the world.

The Quiet really set a tone for me. Problem is, mostly the sounds I create are accidental so hard to recreate.