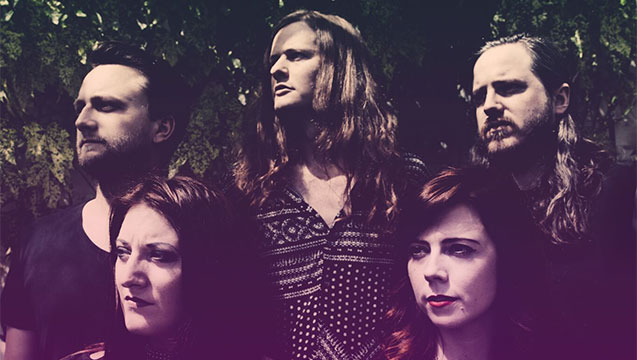 If you like getting your rocks off to the nihilistic riffs of dirty garage-rock, then London/Leeds five-piece Black Moth should definitely be on your radar. Now back with a new single...

If you like getting your rocks off to the nihilistic riffs of dirty garage-rock, then five-piece Black Moth should definitely be on your radar.

Now just about onto album number three, the London/Leeds crew officially arrived back in 2012 with their debut longplayer The Killing Jar.

It was a grimy affair, overflowing with Stooges squalor and Sabbath sulphur, and landed them a number of dream support slots with the likes of L7, Sister of Mercy and Pentagram.

Ahead of the action, we catch up with lead singer Harriet Hyde to learn more about what makes the band tick…

Baby Love by Diana Ross and The Supremes. Motown and sixties pop were 100 percent my first loves.

A recorder, naturally… then a clarinet.

Drinking too much, not warming up and ragging my vocal cords so much I spend the rest of the tour in agony.

Warm. The. Fuck. Up. Also love what you do, and only even consider playing or recording things that you feel proud of and passionate about.

Brian Eno is getting most of my ear time right now.

My psychotherapy training has recently been a big influence, but also film, literature and people - mainly people.

Our new single is released with a brand new video by Ben Foley soon and our third album is out early next year. We play a couple of launch shows in Leeds and London in early November.

https://www.facebook.com/themothpit/
New Music
Back to top