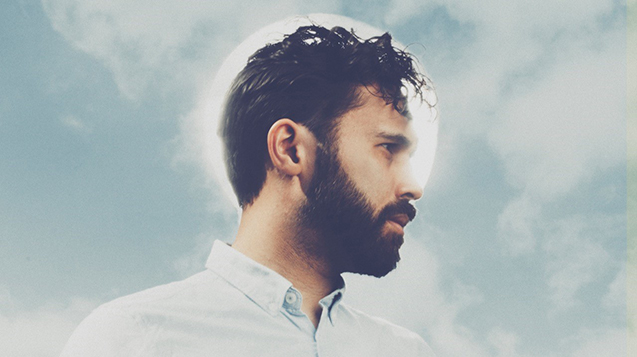 Australian singer songwriter Ben Abraham is a minimalist musician, preferring to use just harmonium and guitar to illustrate his disarming lyricism.

Australian singer songwriter Ben Abraham is a minimalist musician, preferring to use just harmonium and guitar to illustrate his disarming lyricism.

Like Sufjan Stevens and Cat Stevens before him, he crams raw emotion and a pocketful of empathy into his campfire torch songs – with devastating effect.

Fresh out of the blocks, his debut album Sirens will be released in June. Featuring knockout tracks such as Speak and You & Me, it all came together for Ben while he was working in a hospital and making sense of the bustling humanity all around him.

I have been making music since...
I lack the commitment and attention span to do anything else.

My music is…
Full of feelings - mostly mine.

You'll like me if you listen to…
Singers who try to sound like Donny Hathaway while doing Peter Gabriel covers.

My favourite venue is…
Anything with a bit of history - makes me feel part of something bigger than myself.

Music is important because…
It’s so intimate. Love it or hate it, it’s already literally inside your head by the time you make the judgement.

My biggest inspiration is…
Narrative. I’m a storyteller before I’m an aestheticist.

My dream collaboration would be…
Sufjan Stevens. He’s a genius.

To try me out, listen to my track…
Speak. I think we did something right on that song.

If I wasn’t making music I’d be…
Putting my three years of screenwriting studies to better use. Which in Australia means I’d probably be storylining on Neighbours.

In 10 years’ time I want to be...
Arguing with my record label about the cover art for my album’s 10th anniversary edition while we all laugh about how rich we are.