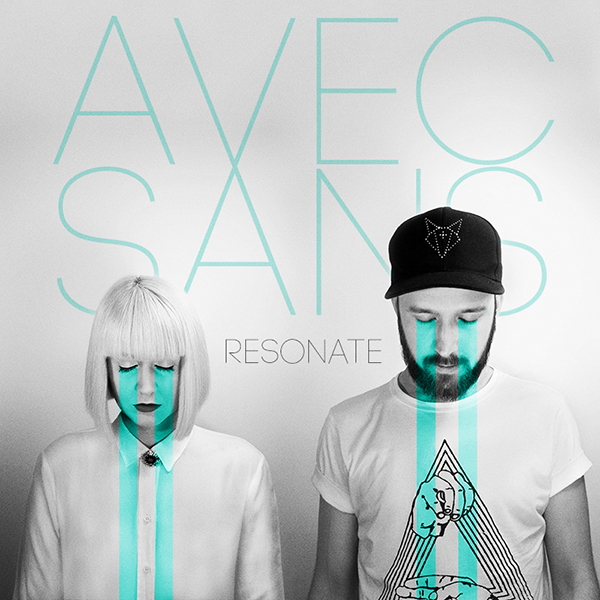 London-based Avec Sans are a lean synth-pop machine that have been consistently pumping out space-age aural confections since 2013. We catch up with them to learn what makes them tick and discover their musical heroes...

London-based Avec Sans are a lean synth-pop machine that have been consistently pumping out space-age aural confections since 2013.

The duo, comprised of Alice Fox and Jack St James, excel at razor sharp pop hooks and bountiful melodic layering, as illustrated on their three singles to date, Hold On, Shiver and All of Time.

Aside from their radio-friendly official releases, the pair have remixed likeminded artists including Swiss Lips and Haerts, and played live alongside Little Boots, Capital City and Kate Boy.

At first shrouded in mystery, Alice and James would hide their faces in photos, while early videos only show snippets of the couple in action.

Now they’ve stepped into the limelight, the fashion industry has been quick to embrace both their sound and their look.

They’ve since designed a shoe for London brand Swear, have been played during catwalk shows at New York Fashion Week, and have been tipped by both Dolce and Gabbana and Vogue as ones to watch.

On the eve of the release of their fourth single Resonate, we catch up with Alice to learn what makes the band tick...

We first started writing music because…
We felt like a lot of the music we liked didn’t have a chorus.

We have been making music since…
We were kids. We’re still kids. We’ll always be kids.

Our music is…
Intelligent electronic pop.

You'll like our music if you listen to...
Phantogram, Metric, Mr Little Jeans, M83, Chvrches. Basically, people who are into electronic music with a hook will like our music.

Our favourite venue is…
We headlined a festival last summer in Puglia, Italy. We couldn’t believe the venue when we arrived, it opened up right onto the seafront and the roof came off so all you could see were stars. You go on stage LATE in Italy, so we played at about 3am and left as the sun was rising over the sea. That was a pretty sweet night.

Music is important because…
It’s the icing on the cake of society. It’s what can happen once all the core elements of life are in place and there’s space for things to be beautiful. It makes life more than work.

Our biggest inspiration is…
Moving images, still images. We recently wrote a song based on an image from Humans of New York. It had the caption, ‘I should have made more mistakes’. We wrote another song after watching Take Shelter. The visual arts are one of our biggest triggers to creation.

Our dream collaboration would be…
James Murphy or Dave Sitek. This DOG got to collaborate with Dave Sitek: https://instagram.com/p/sD0x5UrNLY/ - we’re pretty jealous of this dog.

To try us out, listen to my song…
If you’ve got this far down the page, I imagine you’ll have some vague curiosity as to the sound that goes with the words. So listen to Resonate. We’re proud of it.

If we weren’t making music we’d be…
It’s really hard to envision. We’d definitely be making something. I’d like to live in a cabin, on a lake, in Canada. I’d probably make something in my cabin. There’s a girl who makes jewelry in Brighton, her life looks pretty beautiful: https://instagram.com/staygoldmaryrose.

In 10 years’ time we want to be...
Doing what we do now. We like what we do. We know it’s rare to be able to find an audience for that long, so my dream pathway is the one Cathy Dennis took.

The pair recently curated a playlist for us - tune in here.