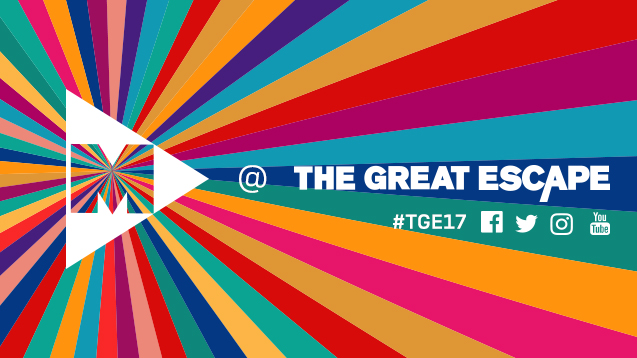 9 essential tips on how to promote your music

With the music industry arguable busier than ever before with new music and artists, standing out in such a saturated market place is a real challenge.

As such, in this climate, a marketing or promotional strategy can be key for new acts to make an impact.

We were at a Great Escape panel exploring music PR and how it needs to keep up with developments in the wider industry to remain effective.

Check out what we learned from a range of speakers including CMU's Chris Cooke, Jodie Banaszkiewicz from Stay Golden PR, Rosie James from Tru Thoughts, Michelle Kambasha from Secretly Canadian PR and Afryea Henry-Fontaine from Virgin EMI...

Artists need to think beyond the album - audiences want more

Afryea Henry-Fontaine (AHF): For artists, it's about the album. That's what they got into music to do. But now we as their PRs are asking for cover versions, back stage content and acoustic versions. There's a lot more that we require of them. And it can be tough to convince them that this additional content is important. The album is alive and kicking but there are just a few more things we need to feed out there to sustain interest and excitement.

Jodie Banaszkiewicz (JB): The shift to streaming is changing how we consume music, so this has a knock on effect on how it needs to be marketed.

I now have to drip feed content throughout a campaign whereas before we'd put everything around the album release. It's completely changed things. But it's great as it means we can be more reactive during a campaign. Our timelines are more adaptable.

Emails are the preferred contact for press. But not many get opened

Chris Cooke (CC): Sending out emails to press means you're entering a battle with lots of other artists with a high chance that your email will not get opened.

A CMU Insights Study revealed that only a third of journalists questioned read more than half they receive. Up to 40 percent open less than half. 20 percent said they only open a quarter of what they receive.

The email sender's identity can help

CC: The single most important influencer in an email being opened is the identity of the sender. That is really important. So a good PR or agency does have sway.

Also, mention the artist in the subject line - and keep it brief

CC: This obviously has no impact if the journalist has not heard of the artist or doesn't like them. But if they do, it makes them much more likely to be opened.

Also keep it short. It's unlikely any journalist will get past the second paragraph. So whatever is on page two doesn't really matter.

Tailor your promotional approach for each artist

Michelle Kambasha: With our agency, we still have this mainstay range of traditional rock meaning we are still dealing with the traditional press. And they still like the old timelines in terms of engaging with the music and really listening to it. Your PR approach needs to be based on genre.

And do the same when trying to push music to radio

Rosie James: You need some lead time for radio stations. BBC Radio 1xtra will playlist things that are already out. BBC 6 Music are very rigid that if you miss the number of plays before release date, then it won't get playlisted.

AHF: The single still exists. You have the set up single, there’ll be the focus single before the album. You need to warm things up. Either that way or maybe a feature on what we hope might be a massive single before being reintroduced to the market.

The review is still important too

JB: Album reviews are still important, although it seems like only industry people read them.

MK: The place where the review is published is very important. The Guardian's album of the week can be huge. Whereas in more specialist magazines it's a different audience...

Read all our content from the Great Escape 2017.
How to