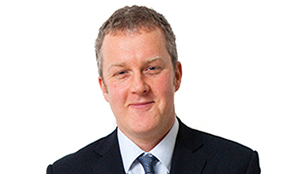 The art of songwriting with Professor Andrew West

Andrew has played in bands since the mid-eighties but he music career really took off in 1990 when The Stranglers’ Hugh Cornwell and Roger Cook (Blue Mink) invited him to form the eclectic pop trio Cornwell, Cook and West.

Since then, Andrew relocated to Nashville where he wrote for Warner/Chappell and collaborated with some of the city’s most well-known musicians.

He's also produced music for television and has featured on the award-winning primetime programmes Heroes, Lost and True Blood.

Once back in the UK, Andrew designed and directed the world's first Masters in Songwriting at Bath Spa University before joining Leeds College of Music in 2011.

His book, The Art of Songwriting, is due for publication by Bloomsbury this autumn.

We recently spent some time with him to learn more about his songwriting secrets and glean his top tips for aspiring musicians.

You teach Popular Music at Leeds College of Music and have run a Songwriting MA course. Which areas of study do your students find most useful?
The most useful part are the critical community sessions. Students bring in songs and the rest of the group will listen, critique them and send their feedback anonymously. Student songwriters generally find this format really constructive. Once they’ve got the critique, they’ll rewrite the song and then play it back to the group. It’s an advantage of studying songwriting – you’re not constantly questioning yourself, you can exonerate that process by doing a lot of listening to what other people are doing.

Is there a science to songwriting, do you think?
I’m not sure there’s a science to it – even though I’ve worked for Sony and Warners and those sorts of corporations. I guess in cultured ways that people like to hear songs, we’ve got used to the obvious verse-chorus-verse-chorus format over the years. But I think what people respond to is authenticity. Does the person singing the song, and the people who wrote it, really mean it? The public is extremely good at discerning the honest songs from the dishonest.

What’s an average session like on your songwriting course?
We have an ‘all music’ programme with songwriters on it, but there’s also classical singers, jazz musicians, all kinds of people. We’re trying to encourage musicians to be adaptable so they can cope with the sort of lives musicians lead in these modern times. But the course is very much student-led. They’ll bring music in and we’ll discuss it. We create the framework to support students to pass their masters.

We also offer students the chance to co-write with well-known songwriters, which we know they find really useful. For a lot of them, it’s live-changing. It helps them to become that much better in their approach.

What tips do you have for upcoming songwriters?
Probably the most universal things are to be nice to people and to be a good person within the music business. You need to really listen to people and learn those social skills that make you likeable.

What about on the music side?
It’s about being original and knowing what you do that makes you original.

That’s hard though, isn’t it?
Yes, it’s very difficult. But I think everyone sounds original to start with – it’s just that they’re usually not very good at the beginning. It’s important to keep that original voice as you develop. You also need to figure out what audiences like. That’s really the trick. It’s hard but there are ways songwriters communicate to audiences. It’s a case of listening to the songwriters that you love and figuring out what they’re doing so well.

Are there any other traits that can help?
People who are successful are always obsessed by what they do, in the nicest possible way. They have a deep love for it and as a result they’re always getting better at what they do because they don’t leave it alone. They don’t neglect it then come back and find they’ve got writer’s block or they’ve forgotten what they’re doing. There’s continuity. Like an athlete, they’re constantly training.

http://www.lcm.ac.uk/study/postgraduate
Features
Back to top