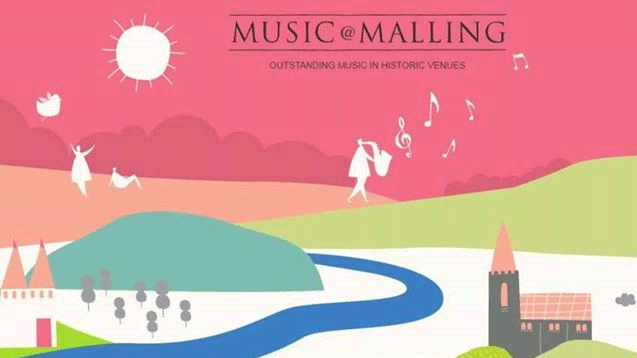 This week we hand over the curatorial reins to Thomas Kemp, the conductor, composer and violinist behind Music@Malling. Dig in for a rich assortment from the very best in new composition...

This week we hand over the curatorial reins to Thomas Kemp, the conductor, composer and violinist behind Music@Malling.

Founded in 2011, Music@Malling is an international festival that brings outstanding artists to historical venues in and around West Malling, Kent.

It overs a sonic feast of contemporary classical music alongside jazz, world, film and vocal music and boasts a year-round outreach programme which engages hundreds of young people in creative activities and events.

This year’s event kicks off on 16 September and features the likes of Tenebrae, Sophie Rahman, Peter Gregson, Matthew Sharp, Richard Harwood and Gabriella Jones over various venues until 29 September.

Mark-Anthony Turnage - A Constant Obsession (Resonus) [not currently on Spotify]


“This was a great disc we did with Mark-Anthony Turnage: A Constant Obsession with Nicky Spence and Chamber Domaine. It is one of my favourite tracks (I was conducting innit) - a great song cycle which has so much variety of colour - and it got great reviews.”

My ensemble Chamber Domaine worked on this song with Part at The Edinburgh Festival. It is seemingly simple, but very complicated to bring off. We spent a long time working on it! A wonderful secular song that is a worthy heir to Schubert in its understated drama.

Peter Gregson - Bach Recomposed (this hasn't been released yet)


Peter is a brilliant composer and colleague and these reinventions make the iconic Cello Suites relevant to new audiences. Music@Malling are delighted to be hosting one of the first performances of this prior to the release of the world premiere recording on Deutsche Grammophon in October.


This is the opposite of what people expected of Gorecki after the incredible hit he had with the Third Symphony (the best-selling classical album of all time). He sent a very charming note praising this recording; which made a stab at showing the incredible diversity of his music. I am really proud of this recording as it is a proper profile of a composer rather than a snapshot and I was conducting and playing on it.

Judith Wier - All the Ends of the Earth

“Judith Weir is featured this year at Music@Malling.  I have performed her music for twenty or so years and it is fantastic.  I also really respect her attitude towards making new music relevant and accessible to younger generations. Judith’s music is really interesting to listen to and to perform.”

David is a total legend and combines composing, performing and teaching at a stratospheric level.  He is one of the most brilliant musicians I have ever worked with. He composed a ballet for Music@Malling and English National Ballet Grimm Tales in 2016 which engaged hundreds of school children from across Kent.

We did this crazy piece at Music@Malling with Chamber Domaine and Matthew Sharp as Narrator - hundreds of kids become hooked on the madness!!  This was a great example of contemporary music really inspiring young people through cross-curricula activities in their schools that came from the madness that is Gruber’s Frankenstein!!


Sandy came to Music@Malling last year and was a total hit - his music is brilliant, referential and needs to be heard much more!

I have played on a lot of these iconic shows and the theme tune is one of the best - as is the commitment to classical music. Barrington was a featured composer at Music@Malling in 2015.

Owain is a brilliant young composer and his work Footsteps is featured in a side-by-side project with the world-renowned vocal group, Tenebrae, in Tonbridge School Chapel as a commemoration for The Armistice. The mesmeric qualities of the music and the outstanding singing by Tenebrae are electrifying.

I have always enjoyed working with Judith and she is a brilliant composer particularly for vocal ensembles. Her music has always been featured in our activities and I really love the way she writes for voices.