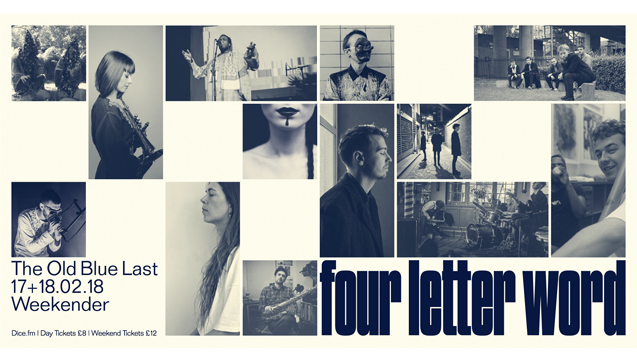 The London promoters bring an eclectic mix of jazz, hip-hop, soul and electronic to some of east London's best-loved venues. Here, they serve up highlights for their upcoming weekender...

London promoters Four Letter Word are all about that jazz, hip-hop, soul and electronic goodness.

Since May 2017, they've been bringing an eclectic lineup of up-and-coming names to some of the capital's best-loved small venues, including east London haunts Birthdays and Kamio.

This weekend (17 to 18 February), they take over Shoreditch favourite, The Old Blue Last, for a huge two-day showcase featuring live performances and a special exhibition from art collective CAN'T WIN. DON'T TRY.

The likes of Gaika-collaborator Alyusha, jazz-tinged producer Ishmael Ensemble, NTS favourites Japan Blues and Radiohead-approved jazz composer Yazz Ahmed will take to the stage in what promises to be an unmissable two-day party.

Grab your tickets here and whet your appetite with this playlist of live highlights from promoter Ruari. Scroll to the bottom to listen...

Brother Portrait - Seeview/Rearview (not on Spotify – listen here)
South London spoken word artist in the vein of Kojey Radical and Obongjayar. The visuals for this two tracker are just as impressive as the lyrics and track itself.

Pyjæn - Mind Games (not on Spotify – listen here)
Dylan Jones of Ezra Collective fame heads up a new South London outfit that will surely be one of the next big projects from the current wave of young groups coming through the homegrown jazz scene.

Japan Blues - Spurned My Colour (not on Spotify – listen here)
Japan Blues: collector and expert on decades of Japanese music, combining his many influences into a track that has ended up in the sets of many of the world's most exciting and forward thinking DJs such as Ben UFO and Zaf Love Vinyl. For headphones and dancefloors alike.

Yazz Ahmed - Bloom
Yazz has performed on tracks with Radiohead and this track Bloom is our favourite from her 2017 album, La Saboteuse. A triumph of a track on one of the best new jazz albums of last year.

Jamal Buchanan - Old Friend (not on Spotify – listen here)
An artist whose sound encompasses so many influences from jazz to soul, grime, electronic, indie and beyond. The comparisons to King Krule are fair and we hope he'll go on to achieve similar success with his band.

WaqWaq Kingdom - I Would Like To Let You Go
Shimmering, weirdo, dubbed out, globally-influenced electronica. There's no point really trying to explain WaqWaq Kingdom's music with words. Best to come and experience this amazing duo live. It is something to behold.

Elsa Hewitt - Perverse Twist
Peng Variations is a great album title – this young composer and vocalist has got an incredible future ahead of her. So much beautiful music released already, can't wait to see her perform it live.

Alyusha - The Deal (not on Spotify – listen here)
An amazing track released on Warp Records alongside Gaika. Alyusha's vocals stand out exceptionally well.

Sarah Williams White - No Man's Land
Supremely underrated south Londoner with an alternative soul style which exists in between genres and scenes. A catalogue of outstanding music - always excited to see new stuff from SWW.

Bambooman - Brisk
This track samples Bambooman cracking frost puddles during a Christmas day walk with his Dad. It's no surprise that he is signed to Matthew Herbert's label, Accidental Records, with his creative use of sound design and sampling. 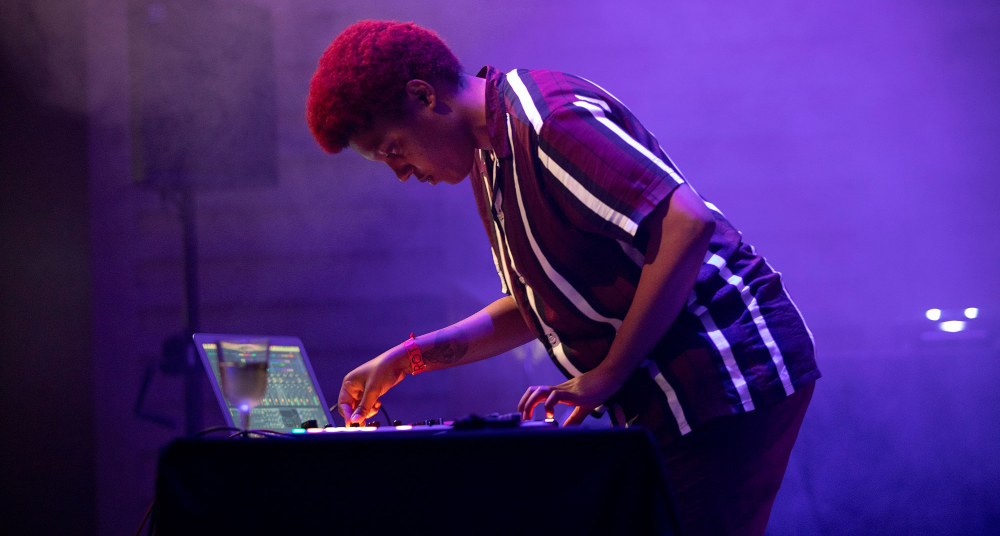