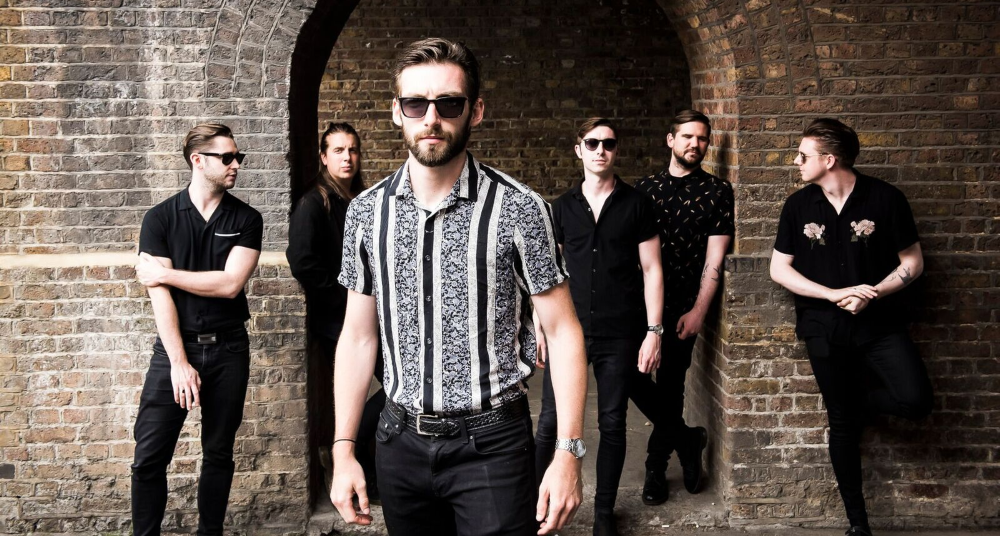 Leading up to the long-awaited return of Liverpool Sound City, the North West’s premier three-day annual music festival and industry conference, Dan Jones, PRS for Music’s Outreach Manager for Northern England, spoke to Liverpool six-piece Red Rum Club about life in lockdown, headlining their hometown and what the return to live means to them.

This year will be by my count my sixth Liverpool Sound City, a festival that’s always been at the forefront of supporting emerging talent while bringing big name talent to the city. Despite being pushed back from its usual May slot due to the pandemic, the 2021 edition is no different, with the likes of Beabadoobee, The Snuts, Not3s, Miraa May, The Lathums, The Mysterines & Rejjie Snow mixing it with the very best up-and-coming talent from the Merseyside region as well as further afield.

As an Outreach manager at PRS for Music, a lot of my time is spent speaking with emerging songwriters, composers and producers, and helping them to maximise the money they earn from their music through their PRS for Music membership. Festivals like Liverpool Sound City, Dot to Dot and Wild Paths are hugely important for us to support as they are a crucial platform for emerging artists to showcase their talent.

I’m very excited to return to Sound City this year and blow away a few live cobwebs after attending only a handful of shows in the last 18 months, and one of the acts I’m most looking forward to see are Red Rum Club, who’ll be Saturday night headliners in their home city. I caught up with singer Fran Doran in the lead up to the festival to ask them a few questions:

How was life in lockdown for the band? How did you manage to keep things ticking along remotely?

Lockdown band life was really strange. At time we felt a little lost and powerless as I imagine everyone did. Yet through a-bit of creative thinking and positive camaraderie, we adjusted and managed to release new music.

We realised our role as a band had changed. We went from being live band that gave people a reason to sing and dance on a night out or a gig to a band that provided music, art and entertainment for people in their own homes. We felt such love and appreciation from our fans in return for continuing to create and release new music in such an uncertain time. I like to think it gave people a lift and a little hope that live music and our lives could return as normal sooner rather than later.

We released three singles and our album The Hollow of Humdrum during lockdown. We streamed an exclusive set of our new album and were forever present and active on social media. Our fans were hugely appreciative of our continuing efforts during the pandemic and as a result our fan base grew substantially. Us six band mates were constantly talking on the WhatsApp group chat. As everyone knows during lockdown it was important to stay in touch with each other, it was the same for us as a band as we would usually have weekly meet ups. And we made sure we planned how we were going to stay connected with our fans as this was very important to us.

For a band that’s toured extensively, not playing live must have been strange.  How has returning to live been for Red Rum Club? Where have you played and what's been a highlight for you?

We’ve had an amazing come back, our first gig back was at Tramlines Festival. A tent of 4,000 was a sight to behold. The atmosphere was spine tingling. Following that we were heading out on a UK tour with Circa Waves, which ended in Brixton Academy. A legendary venue.

Neighbourhood and TRNSMT festival were electric. The crowds have been incredible, we’ve been blown away by the response we’re getting and can’t wait to go on our own tour! It’s really reassuring that people still care about us and like our songs.

You received the PRS Foundation’s Momentum Music Fund grant back in 2019, how did that help you with your career?

The Momentum Fund was vital for us to create and promote our art. The process of qualifying and applying for the fund was simple and streamlined. We are massively appreciative of receiving as we know our music would not have reached as many ears without the fund. It enabled us to fund promotion of our songs through online PR campaigns and covering tour and gig expenses.

How important is Sound City to Liverpool? What do you make of the current Liverpool scene? There seems to be a lot of great talent coming out of the city currently.

Liverpool Sound City is like our big home game. Every year it’s the date on the calendar we look out for and hope to be involved in. We have played the festival for the previous five years, in various locations across the cities. Each year the crowds have gotten bigger and louder. It really is a stamp of approval and a real home town celebration of all the artist and bands from the city. Headlining this year will be something we will never forget. It fills us with huge pride as we think it’s a mark (a small mark) on the musical history of the city.

I city feels buzzing with talent and hard working artist. As everyone know, Liverpool is such a music city that there’s never been a shortage of entertainment but there’s certainly a handful of bands who seem to be constantly driving up and down the M62 and are making an impact on the national scene. Talent and/or hard work is key. In our case, it’s probably hard work.

Your upcoming third full-length How To Steal The World is out on 22 October – what can you tell us about the album, how have you evolved since 2020’s The Hollow of Humdrum, and will you be playing much of it live?

The album is the longest, consisting of 12 tracks and is probably the most diverse in terms of themes and sounds. This is the first time it feels like an album as it was the first time we actually sat down and intended on creating a piece of work, in the past it was a one song at a time process. I’d say we are more confident in ourselves as artists so have chilled out a little, we use to throw the kitchen sink at every song we’re as now we are slightly more measured and not every track needs to be a pop classic. We can’t wait to get out and play the new songs live but we need to restrain ourselves as we know we haven’t played much of The Hollow Of Humdrum live yet. It brings an added pressure but added excitement for the upcoming shows. We will definitely be playing the three singles off the upcoming album and maybe one or two surprises along the way.

What does the future hold for Red Rum Club? Where would you like How To Steal The World' to take you?

The future holds more and more live shows, festival appearances and hard work from Red Rum Club. We hope How To Steal The World elevates the bands status and increases our fan base. We very much see this as a DIY long-term project, so each release is very exciting and integral in keeping the band current, present and growing. How To Steal The World feels like our first studio album which was written and recorded not just for the stage but for the appreciation of music fans wherever they may be. We hope the album solidifies our name within the UK music scene as a band that has earned our rightful place on the main stage of any festivals across the UK and then THE WORLD.

Stay up to date with Red Rum Club.

Ones to watch at Liverpool Sound City

Jodie Nicholson: Following on from the success of 2020 single Move, the recent release of PRS Foundation Women Make Music supported Can’t Escape the Feeling EP has solidified Jodie Nicholson’s status as one of the UK’s most exciting emerging artists.

Rejjie Snow: After playing shows with Madonna and Kendrick Lamar, Dublin-born rapper Rejjie Snow continued his upwards trajectory with the release of his latest album Baw Baw Black Sheep. Catch him before he goes supernova.

The Mysterines: A string of impeccable EPs and singles and recent slots supporting Royal Blood have shown that another Merseyside band that are clearly going to the top are four-piece alternative rockers The Mysterines.

Lanterns on the Lake: Nominated for a 2020 Mercury Prize for their stunning fourth studio album Spook The Herd, Newcastle upon Tyne’s Lanterns on the Lake are finally getting the acclaim that their melancholic brand of indie-rock deserves.

Brooke Combe: Initially rising to viral prominence through a series of spellbinding covers, Edinburgh-born singer Brooke Combe has shown she’s clearly here to stay with a string of fantastic singles this year and that incredibly soulful voice.