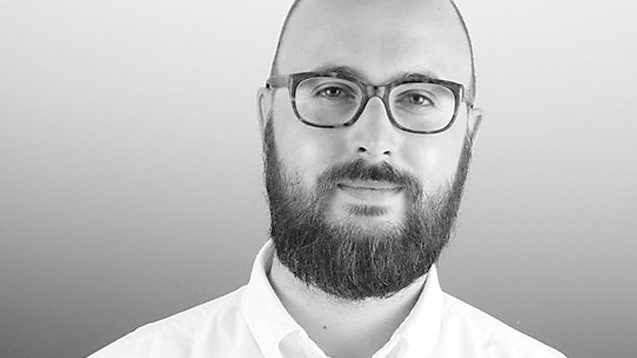 As A&R executives go, Ed Poston is well placed to uncover how this side of the industry works.

Ed is a recent appointment to music publisher Imagem but most recently lead A&R and publishing for Glassnote in the UK, working with artists such as Aurora, James Hersey and Tor Miller.

Aurora has seen international success while James Hersey’s first single Miss You has been streamed 53 million times on Spotify alone.

Previous to Glassnote, for three years Ed was an executive at BMI in their Writer-Publisher Relations department for the UK and Europe while he also founded the widely used A&R tipping site, The Live List.

So with all this under his belt, he’s well placed to offer his expertise on the business and how potential A&Rs can break through. We quizzed Ed on the importance of A&R for music publishers and his thoughts on the health of the wider industry…

Congratulations on your new role - what does this entail? What do you envision the main priorities looking like?

Thank you. Every day is different and that’s what keeps things interesting, however the core of what I do involves working with artists and songwriters, from setting up co-writes and collaborations, to helping develop their writing and connecting them with different people in the industry. There is of course the task of finding promising new talent to sign, which is always ongoing and exciting.

How important is the role of A&R for music publishers?

I think every element of publishing is important, the role of A&R is one of many moving parts that drive a successful company. A&R does and will continue to play it’s part for music publishers by finding and fuelling the creative talent of songwriters. The more we are able to empower great artists to write great songs, the better off we all are.

Obviously A&R is still an important role in the music industry - how has this changed and developed over time? And where do you think its heading next?

There are elements of A&R that have changed over the past few years, including how new artists are found. However, the core fundamentals are still there and will hopefully stay for years to come. Working with an artist to realise their potential should be at the core of what we do, whether that artist is an indie band, a writer/producer or a pop singer. The pursuit of great songs and expression of something beautiful and timeless is paramount.

For those looking to get into the world of A&R, have you any advice or tips? How can potential A&Rs prepare to enter this world?

Trust your instincts. It can be tempting to follow others, but if you follow your gut it always proves to bring the best results. There will be times when you’re right and times when you’re wrong but standing up and believing in something is the best way to stand out.

How did you end up working in this sphere of the industry? What was your route in?

I’ve always been passionate about working closely with artists and writers, seeing them develop and flourish. Over the past 15 years, that has been what has driven everything I have done, in every role, so I have always gravitated towards this sector and the pursuit of great songs. There wasn’t really a clear route, more a series of chances and champions; those who guided me, let me learn from them, gave me breaks, let me take risks. I owe a string of people a lot of appreciation, and I try to let them know as often as I can.

What drew you to Imagem?

Many things but the key factors were the people and the reputation of Imagem. I’ve known and worked with a lot of the individuals here for a while now and it’s hard to find more passionate, knowledgeable and effective people. For that reason, their reputation is second to none, I would regularly speak with artists and writers about their publishers and who they enjoyed working with, some reviews were less than glowing, however Imagem were always spoken of with great admiration. I want to continue that.

Who are your current favourite acts?

I listen very widely, so it depends on my mood on any given day, but I adore both the first and latest Sohn albums. I also love James Hersey’s music, he just has a way of using his lyrics to be not only incredibly emotive, but also hypnotically rhythmic, he’s a genius. I’m also a big fan of Bombay Bicycle Club, so to be working with Jack Steadman is great. What he’s working on at the moment will blow everyone’s minds!

Artists that will always remain on rotation for me range from Bill Withers to Fugazi and from Led Zeppelin to Fuck Buttons.

From your perspective, is the industry in good health?

It depends on how you define health. A lot of people will look at the current model in direct comparison to a different age of the industry and base health on turnover, but we are in a time of flux, which could prove to be healthy when the dust settles. If we are to base health on creative output, access to a host of exciting artists and music, also the access that more people than ever enjoy to be able to create new music, we are as healthy as we’ve ever been.

Are there any trends or artists you’re anticipating being important/big players in 2017?

Great songwriting is a trend that will always be important. That’s what I’m excited for this year.

Visit imagemmusic.com to find out more.